Only a few miles short of reading, George Winters, Director of Intermediary Discretionary, has been out running as he clocks up the miles as he steps up to the Summit.

When I drive down the M4 past Reading, it’s difficult to miss the imposing sight of a single wind turbine in the middle of Green Park. Standing nearly 120m tall, with blades of 33m, it dominates the scene and is probably Britain’s most visible wind turbine. It’s been a feature since 2005 and has been generating clean energy sufficient to power about 1,500 homes ever since. It has had its critics with some people saying it was a waste of money and in the wrong place because there isn’t very much wind in the Thames Valley. They are probably right there because most wind turbines are in windier spots like on top of Scottish hills or offshore in the North Sea where it’s much windier.

The phenomenal growth in the number of wind farms – both onshore and offshore - means that, together with solar and nuclear, zero carbon energy sources now provide more than half of the UK’s energy. Last year was not particularly windy, but when Storm Bella arrived on Boxing Day, half of Great Britain’s daily electricity came from wind turbines alone! That helped to make 2020 the greenest on record – partly also due to the coronavirus which had reduced demand for energy and therefore helped zero carbon energy claim a larger share of the energy mix.

In May and June last year another record was broken, with the UK not needing to generate any electricity from coal fired power generation – the most polluting of the fossil fuels. This is a fantastic achievement, considering that just 10 years ago 40% of the country’s electricity came from coal. Within that time, the National Grid energy system has undergone a dramatic transformation with renewables being the main reason. Thanks to the investments into renewable energy, the UK no longer requires fossil fuels to be the backbone of the grid.

At 7IM we have been investing in renewable energy for many years. Greencoat UK Wind is one of the largest quoted renewable energy infrastructure companies in the UK and is a holding in the Sustainable Balance fund. Greencoat generated enough energy last year to power nearly 1 million homes, with over 1.2 million tonnes of CO2 per annum avoided compared to generating energy from fossil fuels like coal and gas. From its 36 wind farms located in England, Scotland, Wales and Northern Ireland, Greencoat is painting a picture of the future. So, from one turbine in a Reading business park to wind farms all over the country, renewable energy is really powering the UK’s drive to zero carbon emissions by 2050. 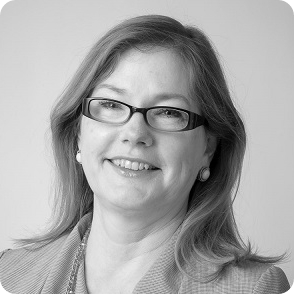