The Tempest: Investing through a sea-change

Shakespeare’s The Tempest begins on a ship at sea, in a violent storm, with the crew starting to panic. Anyone managing portfolios in today’s financial markets recently might recognise the feeling…

In that same play, Shakespeare invented the phrase “Sea-change.” In modern times, it’s normally used to describe a wholesale change in public attitude towards something. But I prefer the bard’s original maritime use, referring to a complete shift in the surrounding environment.

Because in the open ocean, the weather can swing almost instantly. It can be blue skies and sunshine in one direction, while the sky is boiling and dark in another. And that change from calm to choppy comes without any warning, catching out anyone who’s unprepared.

The investment world we’re now in has a lot of similar characteristics – and a number of ships aren’t going to weather the multiple storms.

Wherever you look in the world, things are being shaken up. Established tendencies and long-held beliefs are being examined and overturned, with different priorities battling with one another, creating uncertainty, fear, and of course, opportunity. Just one sea-change in an economic cycle is enough to cause upset in the markets – I think we’re facing about four or five.

Take the outlook for global energy. Moving away from fossil fuels requires around $3 trillion of investment per year, out to 2050. But at the same time, meeting short term energy demands also needs around $3 trillion in new fossil fuel investment by 2030! Such staggering sums of cash will create massive opportunities – but investors need to establish where the rewards will go. Is copper the new oil? Or is it still, well,… oil?

Or think about geopolitics. For the last decade, the focus has been on the evolution of the US-China relationship (thanks in large part to President Trump’s Twitter feed); and while that hasn’t changed, the war in Ukraine has reminded everyone that stability in Europe – one-fifth of global GDP – is nowhere near guaranteed. Is there an old Cold War playbook to dust off, or is this something completely different?

Then there’s the return of inflation. Having spent years worrying about whether the Western world was going to follow Japan’s deflationary example (with modern-day Shakespeares inventing words like “Japanification”), suddenly everyone’s swinging in the opposite direction. And inflation is a phenomenon, something that three generations of Westerners have no adult experience of – whether that’s people in supermarkets, or the people in power!

When it comes to monetary and fiscal policy, again things look radically different. After the financial crisis, interest rates were kept low, and governments largely tried to cut back on spending. Now, even right-wing governments are putting huge sums of money into the economy, while central banks are raising rates at an alarming rate. How these economic forces offset one another is going to be one of the defining parts of the next cycle.

Finally, there’s the inequality puzzle. The rich are wealthier, more famous, and more powerful than ever. But at the same time, many others in society are sliding back into poverty. Eventually, this gap in incomes will come to a head. Are billions of pounds in a bank account any help when millions of people are marching in the streets?

I haven’t even started on some of the wilder catalysts for sea-changes – space travel or artificial intelligence (or anything else Elon Musk is thinking about) – but even without them, investors are likely to have their work cut out.

A reliable ship, the right crew, and an alert captain

My favourite analogy for the changing investment environment is that we’re going from a lake-based regime to an ocean-based regime.

Lakes are reasonably stable places to sail. Dangers are limited (although not non-existent), surprises are rare, and you’re usually not too far from shore. Oceans, as Shakespeare knew, are much more dramatic – and navigating them requires a different approach.

An ocean-going ship must be designed to be sturdier, and nimbler, and more resistant to extremes. Its crew must be prepared to deal with more complicated manoeuvres, and to be out of sight of land for long periods of time. And its captain must be more alert, more focussed, and be prepared to change course if necessary to get there.

Lots of model portfolios have only ever been sailed on the tranquil lake waters which followed the 2008 financial crisis. And for the sea-changes ahead, advisers need to ask some questions.

We speak to a lot of advisers who are asking exactly these questions. At 7IM, we’ve been building ocean-going portfolios for nearly twenty years, and model portfolio versions for over a decade. We’re ready for the Tempest when it comes.

Running your own model portfolios? Our latest webinar may be of interest. Having built up over a decade of experience, we understand the challenges and pain points. Join the team as they look back at what we’ve learned along the way. 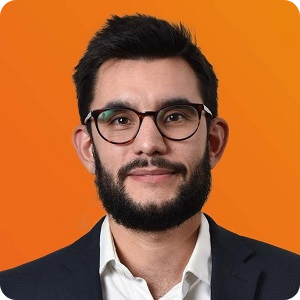 Ben Kumar
Find out more about the author
Find out more
On-demand Webinar
10 years of paddling; under the surface of model portfolios
From the challenges of the operational burden to narrowing down the investments universe, we sat down to talk through the most common difficulties faced by advisers when it comes to managing model portfolios, and how we manage these ourselves.
Watch back on-demand