Counting the cost of the tsunami…

The tsunami is on its way

Analogies are great. They help simplify a complex world. But taken too far and they become confusing. Take the massive amounts of government firepower thrown at the global economy over the last year. And it really is massive. We hear trillions of stimulus, billions of GDPs and millions of jobs. But what does it all mean?

Last week, we described the forthcoming stimulus as a tsunami. And it really is the best analogy for what is happening. Try and find a better way to describe what a trillion dollars, sorry, THIRTY trillion dollars looks like. It’s so big that we are looking at a once-in-a-generation period of growth. This is why we remain positive on risk assets over the coming year. And why we tilt our portfolios to catch the tsunami’s waves.

But hang on, aren’t tsunamis bad? Don’t they cause destruction? At least the ones we hear about do. Are we just a surfer, riding the barrel, unaware of the huge wave is coming behind us? In other words, what happens after the economic growth?

But this tremor is far out at sea

We’ve had many questions and comments about what happens further down the line… surely, there must be consequences? It has to lead to higher inflation …and eventually the bond markets will put a stop to all this borrowing. Let’s go back to the analogy.

What determines the impact of a tsunami? Things like, size and location matter. In other words, it depends. The same is true for the economy. How big was the recession? How many jobs were lost? Who’s getting the money? When will it be spent?

The support from governments was originally put in place to fill the hole left by the COVID recession. And it was a big hole. At first it was as big as the 1930’s Great Depression – it was called a ‘depression’ for a reason. At the time, it also seemed like this was something that could go on for years. The stimulus has been big but so was the economic destruction that preceded it. This is why, so far, inflation has remained subdued.

Only some of the economy is by the coastline

The global economy has started to recover quicker than first expected. Office based work could continue, some hospitality workers switched jobs and the health measures have meant things like construction and manufacturing could resume. The result is a huge pile of savings ready to be deployed – a tsunami, if you will. This is where the analogy starts to break down though.

While we expect consumers to spend this huge pile as the economy reopens leading to strong economic growth, it is not necessarily the case that there will be much economic damage. But, we should be prepared for short bursts of inflation over the coming year.

Firstly, if last year’s inflation number was low because of the recession, this year’s will be higher! Secondly, there is emerging evidence of shortages in the manufacturing sector. Manufacturers weren’t prepared for people to replace family time with Amazon. As a result, they are running out of stuff! Eventually this could lead to higher prices1. Finally, the service sector is about to reopen. But at what capacity? The pubs and restaurants with outdoor space may be able to charge a premium – especially when they know there is a hole burning in their customers’ pockets.

The key takeaway here is that these are likely to be isolated and short events rather than something wider.

It’s not obvious there will be much lasting damage

The worst tsunamis are usually isolated and short events. Even still, the damage can be huge and lasting. Is there a chance that these short bursts of inflation will lead to something lasting? To answer this, we need to ask if the spending power of the consumer will be lasting. The tsunami of stimulus and savings is indeed big. But once it’s spent, it’s spent.

Unless the governments are going to write open-ended cheques forever, something we don’t see, sustained inflation requires sustained wage rises. At the worst point of the recession, over 20 million Americans found themselves out of a job. A lot of those jobs have returned but employment is still below the levels they were before the recession. In other words, there is a long way to go before employers run out of staff – the ball is in their court.

However, the economic recovery will be so strong and quick that the surplus of workers will run out by the end of next year. In addition to this, we’ve seen a potential unionization of Amazon workers, minimum wage in the US and Uber treating its drivers as employees. Put together, we could see higher wages in this coming cycle. But let’s not forget, wages were hardly high in the last one. Or the one before that.

It’s been nearly four decades since wages were high enough to trouble inflation. Instead, we see this as a healthy outcome for the economy. A recipe for higher inflation is not necessarily one for damaging inflation.

We are riding the economic wave but are ready for anything bigger that comes along.

We acknowledge the chance we could be wrong. After all, earthquakes are unpredictable. Inflation can also be too, although not to the same extent. But here’s where the analogy falls apart. Coastal defences are at the mercy of the worst tsunamis. This is not necessarily true of investment portfolios. There are things you can do.

First, reduce your exposure to bonds which have the most direct exposure to inflation. This is particularly important if those bond returns don’t offer enough of a cushion. Second, don’t just hold cash. Look for inflation-beating replacements. Finally, tilt your equities towards the most inflation-friendly exposures. This means buying companies and sectors most sensitive to the economic cycle.

When it comes to our portfolios, we do exactly this. We are riding the economic wave but are ready for anything bigger that comes along. We have an underweight to bonds, but aren’t parking that in cash. Instead it is put to work in our market-leading alternatives allocation. Finally, we have put together a recovery basket of economically sensitive stocks that should outperform when the tsunami hits. 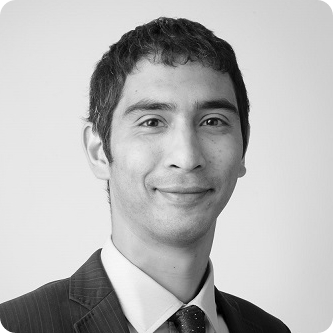 Ahmer Tirmizi
Find out more about the author
Discover more 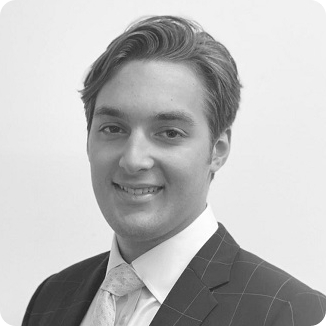 Salim Jaffar
Find out more about the author
Discover more

Webinar: Active or passive for the post-COVID world
We assess the key differences when it comes to choosing between an active and passive investment strategy, the external factors impacting this choice, particularly in a post-COVID world, and what we look for when selecting an active manager.
Register now
The thirty trillion dollar tsunami
Jonathan Furness puts the levels of global stimulus into perspective and explains why we’re positioned to potentially benefit from the associated boom.
Discover more
Contact us
Speak to one of our Business Development Managers about how we can help you.
Contact us
Financial Intermediary