It marks one year since the UK was put in to the first national lockdown.

In that year, we’ve been on a wild ride and governments around the world have been supporting economies to the tune of almost $30,000,000,000,000 or $30 trillion. This wave of stimulus is huge. In fact, it’s a tsunami, rather than a wave, and one so big that most of us can’t even picture it. I had to double check the number of zeros when writing it down!

We often talk about numbers in finance that are so large they are almost mythical, so I thought it would be useful to try and put things into perspective:

Even these numbers are difficult to visualise, as most of us don’t really have a good grasp of the full size of the earth or the distance to the moon. Let’s try a different way:

It’s really difficult to fit the size of this number into something more tangible. That in itself shows how phenomenal the level of stimulus injected into the economy has been. Taking a different angle, what if we look at time:

What I’m trying to do here is convey the sheer scale of what’s happened, because the words we use to describe such large numbers just don’t help! And scale is the key thing here because we’re now in a period that resembles the end of World War II in the US. In 1945, people had endured several long years of crisis, which led to lower spending and higher saving. However, once the soldiers came home, spending doubled – a combination of the desire to embrace normality plus the huge support from the government.

The situation is similar now, but on a global scale. People have been prevented from living their normal lives, and governments have been turning on the stimulus taps (as we’ve seen above). In the developed world, the average person now has more in savings than a year ago. In fact, people have more disposable income than they did when the world had no restrictions in 2019. This is because, once again, we haven’t been spending as much over the past year. There’s only so much stuff you can buy on Amazon after all!

The scale of support by governments is mind-boggling and we believe this will lead to a similar spending boom. Except what people want now are experiences, collaboration and adventure. This is likely to play to the advantage of many service driven businesses that have struggled over the past year. We see this having a big impact for the economy, which is why our clients’ portfolios are positioned to take advantage of a once-in-a-generation surge in growth. 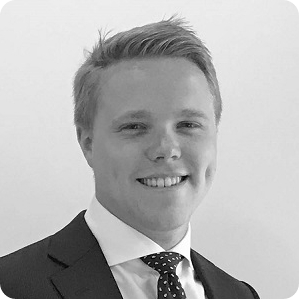 Webinar: Active or passive for the post-COVID world
We assess the key differences when it comes to choosing between an active and passive investment strategy, the external factors impacting this choice, particularly in a post-COVID world, and what we look for when selecting an active manager.
Register now
Funds and models
A variety of funds and models to suit your clients' goals and attitude to risk, whatever they may be.
Discover more
Contact us
Speak to one of our Business Development Managers about how we can help you.
Contact us
Financial Intermediary