In our latest 7 Minutes on Markets podcast, Salim Jaffar, Investment Analyst, and Matthew Yeates, Deputy CIO and Head of Alternatives, address some of the key themes we’ve observed over the last quarter, with a particular focus on inflation, and leveraging Matthew’s expertise in the alternatives space – an asset class we’ve had a keen interest in, particularly in recent years.

Salim Jaffar:
Hi everyone. I'm Salim Jaffar, investment analyst here at 7IM, with Matt Yeates, our deputy CIO, to discuss what's happened in markets this year so far and how we’re positioning ourselves going forward.
So Matt, this year's been a really tough one for investors, with many people wanting to exit the market and move into cash. What would your one piece of advice be to investors looking to de-risk in this sort of way?

Matthew Yeates:
A tricky one. I mean, I suppose something that sounds really cheesy, but so often is true, is that it's all about time in the market, not timing the market. Now, again, that's cheesy, but historically it's proved itself to be true time and time again. And what's more is that the times when it seems scariest to buy, somewhat unintuitively, are often the best times to do so.

Now you don't have to go too far back, you know, in the last few years to see lots of examples of that. That period after the Brexit vote was a great period for portfolios. The day we all got sent home was in March 2020, which is actually almost the bottom of the stock market. Or look back further to late 2008, early 2009, all great times to buy that seemed scary at the time. So, from my perspective it's about getting invested right now, not on days or weeks, but the sort of timelines that matter, and years probably isn't a bad time to do so.

Salim:
Some great advice, Matt. Thanks. So, what do you think markets are most likely to do for the end of the year? Have they got further to fall?

Matthew:
Well, that again is always a tricky one, because what you have to do is look forward, beyond months, much more than that, to kind of those year timelines. But I think, look, no doubt there's divergent forces in markets at the moment; inflation, recessionary fears et cetera. But there's a whole lot priced in, you know if you think about the not so much the froth, but just how much growth we've seen in markets through 2020 and indeed 2021, there's now definitely a lot more value out there. But our base case wouldn't be to fall further, but almost sideways, but with some continued volatility, what we call sideways volatility, or SWV for those that like acronyms.

Salim:
OK, great. So, you think the most likely direction of travel for markets is largely sideways? So how can investors benefit from this sort of environment? Firstly, in the equity space?

Matthew:
So, even if just the headline levels of indices and prices are going sideways, that doesn't mean you can't deliver strong returns. And really the one thing that we've been very focused on recently is that of Carry, or just income really, to think of it in a better way. So, you know the price of the stock, you own, the price of the index that you own could not move, but you're still going to earn those dividends through time. And we know that it's compounding income through things like dividends that can be so powerful.

So for us in equities, areas like the UK, which are you know strong dividend paying historically, but also exposed to areas like energy and materials that we really like at the moment, but also insurance. So, selling equity insurance, rather than just receiving the price of return of equity markets in the US, we've swapped that out for something that has a defined level of return – just pure income if you like – in exchange for having exposure to upside in price levels from here. So, it's a focus on carry, it's a focus on income and the ways we're doing that through regions like the UK or indeed insurance selling.

Salim:
Right. And what about in the bond space? With the rise in risk-free rates and credit spreads widening that we've seen so far this year, are there corners of the bond market that have become more attractive and the kind of market environment that we see playing out for the rest of the year?

Matthew:
So, somewhat interestingly there, almost all parts of the bond market become more attractive at the margin. You've seen yields move high, you've seen spreads – that's the excess return that you get for lending to companies – move higher as well. But for us, we've been focused for a long time on specific areas of the credit market where we think the fundamentals look good, but you still get paid a high yield anyway, so that's areas like the mortgage market in the US, for example, lending through packages of mortgages for residential homes. That is an area where we see good fundamentals, but a pickup in yield. Or lending to banks in Europe is another such area where we think ‘actually, they've got a load of capital to withstand whatever rocky economic backdrop comes this way’. So, bonds at the margin more interesting currently, but specifically areas like US mortgages, but also European bank debt for us are great opportunities for bond investors.

Salim:
Thanks for those insights. For those of you don't know as well as being deputy CIO, Matt also wears another hat on his head, as our Head of Alternatives. So Matt, where do alts come in? How would you describe their role within a multi-asset portfolio?

Matthew:
That sounds great, doesn't it? Sounds like I've got a wardrobe full of different caps with different things written on them. But yes, from an alternative perspective, this has been a really big focus for us for many years and it's been really useful in times like this year and indeed 2020, when bonds, or government bonds specifically, don't necessarily protect portfolios as much as they used to.

We tend to be very focused on what are called market neutral strategies. So that's not things like commodities or things like real estate that can be very volatile. They're stable, lower volatility, alternative assets that can deliver returns independent of other equity and bond markets. That tends to be our focus.

Salim:
Great. So, could you highlight one position in the alternatives basket that you believe is particularly well-placed to perform in the current market environment?

Matthew:
So, one strategy that's worked quite well this year or very well in fact, is one that we hold across both our funds and our model portfolios, and it's a trend strategy. So, it’s in various portfolios but AQR managed futures is the holding that's widest held in portfolios and that's the strategy that looks across equities, bonds, commodities, rates and what it tries to do is pick markets that are trending up and buy those markets and pick markets that are trending down and sell those. So, it can go both long to benefit from rising, and short to benefit from falls in markets. And it's doing it across a range of those, all rules based, and that's been really able to pick up on this inflationary environment, pick up on trends upwards in commodities, pick on a trend downwards in bond prices and pick up on trend downwards in equity prices too. And that strategy’s up as much as 25-30% this year. So that's been a really great example of the sort of things that we look at that can diversify portfolios when even bonds are struggling to do so.

Salim:
Great. So, we've talked a bit about our ideas. So how has our process worked so far this year in these tough conditions that we have seen?

Matthew:
Look, we think we've delivered really very well on our identity this year. We tend to be more diversified than many. We tend to do well in the sort of volatile environments that we're seeing and indeed that we saw in 2020, and I'm pleased to see that the portfolios as a whole are standing up well. Some of those things that I talked about earlier around income and equities, some of the themes like alternatives basket have really helped. And by and large our portfolios are sitting firmly in the second quartile versus many peers, and indeed the top quartile over some periods.

So, overall, we think it's a good result and it's exactly what we'd expect from the style of management that we have in the volatile times that we've seen.

Salim:
Great. Thanks, Matt, and thanks everyone for listening. We'll leave it there and talk to you again in a few months. 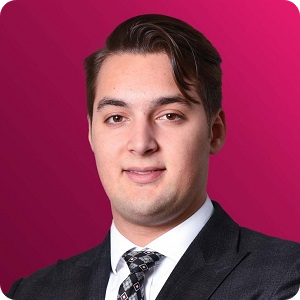 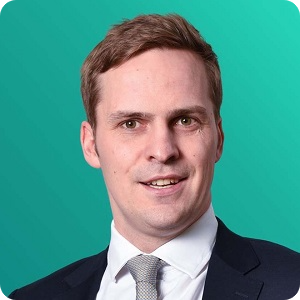 On-demand Webinar
Finding clarity amongst turmoil
Martyn Surguy, Chief Investment Officer, and Ben Kumar, Senior Investment Strategist, discuss the topics causing concern for investors, and how to find clarity amongst the turmoil.
Watch on-demand
Investment Update
Q3 2022 Investment Update
After what has been another turbulent three months, our Investment Management team address some of the key themes we’ve seen in Q3.
Read now
Article
Keeping your pension on track amidst rising inflation and volatility
Inflation is sitting at a 40-year high and causing concerns for investors. But David Little reminds us of the importance of investing in your pension.
Read now
Search
Contact us
Close