For many years now it has been accepted, and indeed expected, that there will be ‘leaks’ of key content from the Chancellors’ Budget speeches, in attempts to drive the news media narrative and, at times, bury less palatable political headlines. The amount of column inches and webpage content dedicated to the Autumn Budget before the event, however, has been unprecedented. So much so that on Tuesday evening, Sir Lindsay Hoyle, Speaker of the House of Commons berated the Chancellor and other Ministers in the House for the amount of press and media briefings in recent weeks; Ministers were reminded of the Primacy of Parliament and that in years gone by, their predecessors were required to ‘walk’ having briefed in this way. The Deputy Speaker today actually invited the Chancellor to “deliver the rest of his announcements”!

Speculation was rife that the Government was trying to build up a wave of positive coverage with one spending announcement after another, in the hope that the pain of how these would be paid for would be somewhat diminished. An alternative theory was that the main speech would deliver a ‘technical’ budget, where the devil would be very much in the detail, and one where the good news stories could otherwise get lost.

So which version was it? Well, neither as it turned out. It was notable for the near-complete absence of anything substantial or new from a fiscal point of view, unless you factor in a re-announcement of the pre-announcements, along with some additional spending confirmed across a wide range of target areas.

At the very least, we could have expected an indication of how the billions spent by the Government on coronavirus support measures, such as the furlough scheme, would be clawed back – most recently estimated at around £400 billion by April 2022. The Chancellor had already indicated such measures would be necessary when announcing increased rates of corporation tax in March, when inheritance tax thresholds and the pension lifetime allowance were frozen. But it was not to be.

So, what did we already know?

In summary, around £30 billion of spending plans across Government departments, including:

We also remember that in September, the Health & Social Care Levy was announced, raising £12 billion per year by adding 1.25% to employer and employee National Insurance bills, as well as a similar 1.25% increase to dividend tax rates from April 2022.

On the day, further spending plans took the total additional commitment to £150 billion over the course of the Parliament, which seemed to fly in the face of the Chancellor’s new ‘fiscal rules’ designed to “keep this Government on a path of discipline and responsibility”. However, Rishi Sunak had a better bank balance to play with than was anticipated. Firstly, the economy is in a better state than it was thought it would be and, importantly, the "scarring assumption" of the pandemic, as the Treasury calls it, hasn't been as bad as forecasts imagined.

Inflation estimates for near to medium term were also revised upwards, from the current level of 3.1% to over 4% next year. This will be a concern for many, particularly those forecasting their personal or business finances, but good news for the Treasury looking to inflate away some of the cost of public borrowing.

Some measures may have caught the eye. The prospect of cheaper prosecco and fruit ciders perhaps? A cheer from Brexiteers for reduced taxes on shipping companies, happy to re-flag under the Merchant Navy’s red ensign – which provided the obligatory humorous interlude when the Chancellor presumed that the Opposition would be grateful for seeing red flags flying again, even if they were all at sea – for UK-based and smaller craft brewing operations, and for anyone flying within the UK. Also, some much-needed continued relief for hospitality and leisure operators, which aimed to boost the pub trade amongst other things.

Along with frozen fuel duty, a rework of alcohol duties, and a slight – but important – tweak to Universal Credit, there wasn’t much to report on that may alter personal finances much; but perhaps that was the point. Too much change in the public’s behaviour may derail the still delicate economic recovery.

From a financial planning perspective, it was always going to be tricky for the Chancellor to make major changes to taxation halfway through this tax year, when the pandemic recovery is still in a fledgling state, as this could have created a major market event when people rushed to act. However, to not flag anything at all is perhaps most telling. The white paper on capital gains tax is still ‘live’, and changes to the inheritance tax regime are more overdue than the next season of The West Wing. These issues must come to the fore, and with this Budget Statement reverting to the old style of an autumn spending review, I for one will be engaging with clients about the increased prospect of a taxation ‘spring clean’.

Act now while you can; avoid the ‘tricks’ that may come soon and make sure you understand what allowances and ‘treats’ are available now, before time runs out. Use that extra hour in bed this weekend to wake up refreshed and aware of what you can do.

For further detail on some of the most valuable tax allowances and reliefs, read this excellent summary by my colleague Angela Lloyd-Read: https://www.7im.co.uk/private-client/news-views/seven-tax-tips-from-7

The information and/or any reference to specific instruments contained in this document does not constitute an investment recommendation or tax advice. Capital at risk. The value of your investments and the income from them may go down as well as up, and you could get back less than you invested. Tax rules are subject to change and taxation will vary depending on individual circumstances. 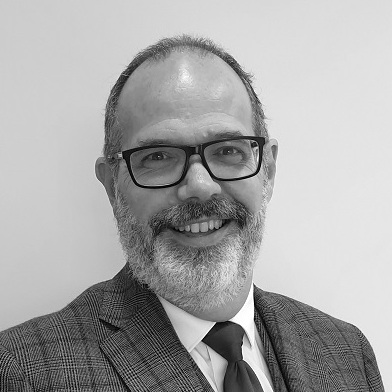 Article
Seven tax tips from 7
During the Conservative conference in October 2021, the Prime Minister refused to rule out any future tax hikes. With the Autumn budget on the horizon, Angela Lloyd-Read, Financial Planner, takes a look at the seven tax allowances that are still available and worth taking advantage of.
Find out more
Investment Update
Q4 2021 Investment Update
In this quarter’s update, Fraser Harker, Investment Analyst, outlines two thematic positions that we have taken to benefit investors in an ever-changing world, while Ben Kumar, Senior Investment Strategist, explains why, from an evolutionary perspective, our brains are not wired to cope with the turbulence witnessed in today's financial market.
Find out more
Contact us
Fill out our contact form and we'll get back to you at a time that is convenient for you.
Contact us
Search
Contact us
Close