Going clean: The time has come

Four years ago Taittinger planted its first vines on English soil. The famous French champagne brand reckons it can produce a fine sparkling wine in Kent.

And why? Because England has warmed up over the last 30 years. Summers are toastier, winters are milder. Which is good for grapes but bad for the world.

The earth is warming fast. And we did it, largely by emitting 1,500 billion tonnes of carbon dioxide into the atmosphere since 1850. We’re still doing it, at about the rate of five tonnes per person per year.

Greenhouse gases like carbon dioxide absorb infrared radiation from the sun and trap heat like the glass roof of a greenhouse. The more we burn fossil fuels in power stations, cars and factories, the more carbon spews into the air and the hotter the atmosphere becomes.

This heating will get worse before it gets better. And life will be increasingly uncomfortable meanwhile.

But this is likely to change in the near future, for three reasons: regulation, technology, and consumer demand.

First, politicians are waking up. Eight of the World Economic Forum’s top 10 global risks for 2020 were environmental, compared to none ten years earlier.

The Paris Agreement of 2015 was designed to govern global emissions from 2020 on, with a view to lowering future warming to well below 2ºC, and preferably 1.5ºC. Most of the world’s governments signed up to it.

The action since has been uneven, but some countries are moving fast. In 2019, the UK adopted a net emissions target of zero by 2050. The EU aims to make Europe the first climate-neutral continent by that year.

And last September, President Xi announced that China would be carbon-neutral by 2060, which was huge news. China is by far the world’s biggest emitter, and it wants to leap onto the renewables bandwagon ASAP. Action from China and the US’s Green New Deal will help enormously with emissions at a global level.

Politicians are also accepting that carbon emissions need to be made far more costly, via taxes and other means. Last year, BP forecast that carbon prices would reach $100 per tonne by 2030, up from its previous assumption of $40 per tonne.

Donald Trump tried his best to encourage the US coal industry. He failed. Coal can’t compete with green.

A second development is that the cost of renewable energy has been plunging for many years, putting much of the fossil fuel industry under threat.

Solar prices, for example, are now 1/10 of what they were a decade ago – and are still falling. The cost of wind electricity has also been plummeting.

Donald Trump tried his best to encourage the US coal industry. He failed. Coal can’t compete with green. Likewise, developments in battery technology means that the electrification of the world’s cars and trucks is proceeding apace, and will also lower emissions drastically in due course.

Taken together, clean energy and other low-carbon substitutes are increasingly competitive across the world. Most fossil fuel and related areas (like plastics) will be undermined and ultimately wiped out.

In the end, the customer is always right

A third factor that will help to reduce global emissions is consumer behaviour. Consumers increasingly want more sustainable products – cardboard bags, beef substitutes, electric cars and the likes.
Ethical consumer products are where the growth is – driving more than half of the growth in the consumer goods products sector over the past few years, despite being only 16% of the sector!1

Soon, companies that don’t consider their environmental impact will be in the minority – even cost-conscious producers will start to change the way they package and produce goods. Consumer demand shapes supply.

Putting the story together, we’re at a global decarbonisation turning-point. The decarb drive will speed up in the next decade, and the world’s emissions will gradually level out and then fall. Don’t expect to grow grapes in Scotland anytime soon. 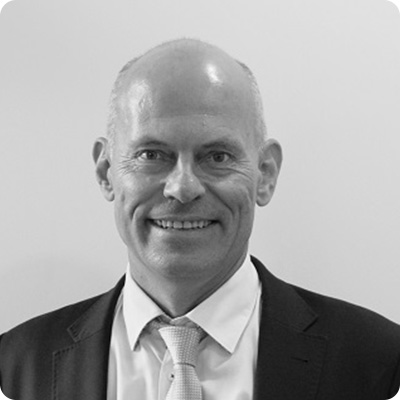 Terence Moll
Find out more about the author
Find out more
Sustainability at 7IM
In both the way we invest money and the way we run our business, we know the importance of sustainability.
Find out more
inBrief - Edition 5
In the latest issue, we’ll be reflecting on 2020, how the last year could help shape the future of ESG investing, what questions to ask when passing on wealth to the next generation, and what to look out for when reviewing your wealth manager.
Find out more
Contact us
We’d be delighted to answer queries about your account or services.
Contact us
Search
Contact us
Close