No one can seem to make their minds up

As of December 2021, markets thought the Bank of England (BoE) would raise rates to around 1% by the end of 2022. What’s striking is that the markets believed, at the time, this would be enough to bring inflation under control, leaving the BoE free to spend 2023 CUTTING rates. Six months into the year, we can see how well that forecast has gone.

Today, the BoE hiked above that level to 1.25% but it seems inflation will go higher and last longer than was previously thought. So much so that the markets now expect UK rates to reach 3% by the end of the year. This is not just here either. The market has gone from expecting the Fed to gently increase rates to just above 1% to seeing them sharply raise rates by 0.75% in one go, as they did yesterday.

Coming into the year, we thought the market's expectations were detached from reality. The recovery from COVID, the strong position of the consumer and a booming housing market was not a recipe for near-zero interest rates. Rates had to rise. And we positioned accordingly – underweight bonds, overweight alternatives, tilted towards value stocks, preference to credit and away from the US equity market. This has played out as we hoped it would so far this year.

As things stand, the market and central banks look concerned. But that doesn’t mean we need to be. Core inflation (excluding energy and food) will come down as the drivers that pushed it up are all waning. But the uncertainty looks to be with us until markets see proof that this is true. This means traditional assets, such as government bonds and equities, will take some time to settle down. Instead, staying positioned for more of the same for the rest of the year, is the right thing to do. Limit exposure to interest rate sensitivity in government bonds and expensive US tech companies. Our alternatives portfolios have shielded portfolios so far, and we expect more of the same going forward.

Until central banks make their minds up, markets are going to struggle to make up theirs. But we’ve made ours up though – staying diversified in volatile market conditions is the right thing to do. 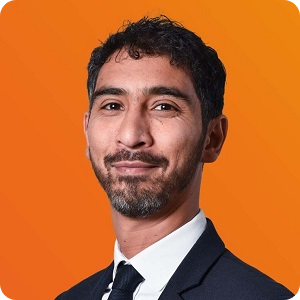 Investment update
Q2 2022 Investment Update
Read more about our views on the current environment and the changes that we are making to portfolios from Terence, Ben and the team.
Read now
Article
7 from 7
Each quarter we take a temperature check of what’s worrying our clients and give clear and direct responses.
Read now
On-demand Webinar
Finding clarity amongst turmoil
Martyn Surguy and Ben Kumar discuss the topics causing concern for investors, and how to find clarity amongst the turmoil.
Watch on-demand
Search
Contact us
Close