An expression I like to use, so stop me if you’ve heard this one before, is ‘there is only one thing worse than a tax bill, and that’s an unexpected tax bill’ - a slight amendment from Oscar Wilde.

The pension freedom rules introduced six years ago aimed to give people more control over their retirement income, allowing pension savers who have reached the age of 55 to withdraw money from their pots whenever they like. Since 2015, the total value of flexible withdrawals from pensions has exceeded £45bn¹. But those who withdraw for the first time are in danger of being charged excessive amounts of tax at an ’emergency rate’.

Under the pension freedoms rules, savers who have reached the age of 55 are no longer required to purchase an annuity and can withdraw from their pension in small amounts or as a lump sum.

This leaves the remaining £11,250, which would be taxed as income tax. But as it is below your personal allowance, you would assume there is no tax to pay. Wrong.

If this withdrawal was a one-off, in a particular tax year, you would then have to reclaim this overpaid tax via your tax return. So, if you needed £15,000, you would receive much less at the outset – nearer £9,000.

Now, in a different scenario, you have already taken £15,000 from your pension, are still working but phasing into retirement. Your company pays £40,000 into your pension. You think ‘how tax efficient – no tax to pay.’ Wrong again!

You have invoked the Money Purchase Annual Allowance (MPAA) – this means that because you have taken ‘income’ from your pension you will only get full tax relief on £4,000. There is no tax relief on the remaining £36,000 – so another unexpected tax bill awaits.

So, what are the options again?

Pension drawdown allows you to access your pension pot to provide you with a regular income. The income you get varies on your fund’s investment performance and, unlike an annuity, it isn’t guaranteed for life. However, it could be suitable if you want to have more control over how your money is invested. It may also benefit you if you want the flexibility of taking out different amounts during the year and want to manage your tax liability.

However, there are other things you need to take into consideration before withdrawing your money. If you want a guaranteed income for life, are concerned about running out of money or don’t want to expose your pension pot to investment risk, income drawdown may not be for you.

In this complex world of pension freedoms, the only solution is getting advice from people who know the rules and, more importantly, how they apply to you. So, to avoid contributing to the £4 billion tax bill, seek tax advice. It will be much cheaper in the long run.

The steps highlighted in this press release are intended as a general guide only. The information contained in this document does not constitute investment or tax advice. Tax rules are subject to change and taxation will vary depending on individual circumstances. 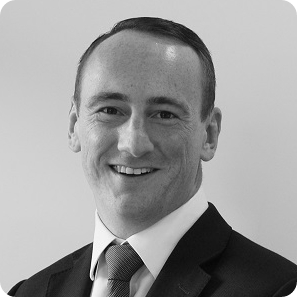 Daniel Wood
Find out more about the author
Daniel Wood

Services designed for you
Wealth and Investment Management, Financial Planning and Family Office.
Discover more
Meet the team
We’ll introduce you to the people working hard for our private clients.
Discover more
Contact us
Fill out our contact form and we'll get back to you at a time that is convenient for you.
Contact us
Search
Contact us
Close