No, I am not referring here to chicken or pizza, but rather the fact that Thursday 9 December saw the Scottish Finance Secretary, Kate Forbes, deliver this year’s Scottish Budget speech to MSPs at Holyrood.

Each year since the Scottish Government and Parliament were first established in 1999, control over large portions of public spending in the country have been devolved from Westminster. This Budget was the first pre-Christmas version for three years and came after the UK version for a change. It also has much more chance of passing the Holyrood vote without amendment, given the Green/SNP cooperation agreement that is now several months old.

However, not all tax and spending powers for Scotland reside in Edinburgh. Many are ‘reserved’ to Westminster, including capital taxes and defence spending, to name but two. With that in mind, and by way of some key takeaways from this year’s speech, here are the headlines:

What many in Scotland will be looking for on the back of this Budget is progress with rebuilding the Scottish economy, without which the tax receipts forecast in Kate Forbes’ speech will not arrive. No doubt Nicola Sturgeon and the SNP will be tracking its progress too, given the promise of IndyRef2 at ‘an appropriate point’ in the recovery. We’re not there yet; exactly when remains to be revealed.

The information and/or any reference to specific instruments contained in this document does not constitute an investment recommendation or tax advice. Capital at risk. The value of your investments and the income from them may go down as well as up, and you could get back less than you invested. Tax rules are subject to change and taxation will vary depending on individual circumstances. 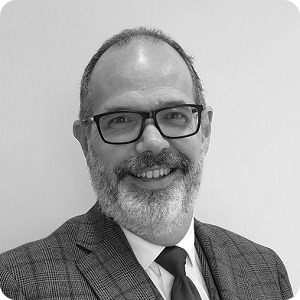 Financial Planning
A flexible service available for those who require a one-off piece of financial advice.
Find out more
Article
How much money do I need for retirement?
Gareth Munn, Director, Private Clients at 7IM explores what people need to think about when they are saving and planning for their retirement.
Read now
Contact us
Fill out our contact form and we'll get back to you at a time that is convenient for you.
Contact us
Search
Contact us
Close