What would Einstein have to say about alternatives?

Einstein famously once said “compounding is the 8th wonder of the world”. Being brutally honest, finance can be quite boring, and so there aren’t many quotes exciting enough to really catch on. So, this one frequently makes the cut, wheeled out by advisers far and wide to encourage saving frequently and early.

Compounding IS a great force on the side of savers. But, (and I’m sorry to be the bearer of bad news) the quote didn’t actually come from Einstein. There is absolutely no proof, anywhere, that Einstein took a break from hunting for the grand unified theory to opine on how compounding can help build wealth.

Still, assuming he did take an interest, what would Einstein think about the investment world today? More specifically, what would he think about multi-asset portfolios? Simplifying slightly, multi-asset portfolios typically have two broad allocations. One part goes to equities, for potentially faster but more volatile growth. The other part goes to bonds, for slower but steadier growth.

In recent decades, the growth from government bonds has been a lot better than “steady”. Going back to 2001, an investor could have locked in a 5% yield from investing in a 20-year UK government bond. For a £100k initial investment, you would sit here today having made a handsome profit of around £110k in real terms* over 20 years, assuming inflation averaged 2% – nicely proving Albert’s misattributed point.

Today that 5% “guaranteed” yield has fallen significantly, to just over 1.1%. Assuming inflation averages at 2% (which is reasonable given that it is the Bank of England’s target) an investor is looking at a £16k loss in real terms by the end of the bond’s life. Here you see the other side of compounding – if inflation is higher than your interest rate, compounding quickly becomes a problem for your savings. Not what Einstein intended.

We can and should learn from history. Mistakes of the past have a lot to teach us about the future. However, investors that use the attractive returns from government bonds as a reason to continue holding them are learning the wrong lesson and setting themselves up for a fall, given the fact yields lock in a return below inflation!

We’re not looking for volatile growth with these holdings, but instead the sort of steady growth government bonds used to deliver.

At 7IM we like to think differently. We allocate a broad portion of our multi-asset portfolios to credit and alternative investments. We’re not looking for volatile growth with these holdings, but instead the sort of steady growth government bonds used to deliver.

These opportunities, such as strategies seeking value in currency markets, or even investing in companies going through merger and acquisition events, can truly diversify investments. They aim to make money in a way that doesn’t relate to the daily rise and fall of stock markets. As a result, they’re often called “market-neutral” strategies. Given the general market is frequently the most unpredictable part of returns, this also helps with our stability objective. These strategies currently make up around 12% of our balanced portfolios.

We think they’re a better source of returns than government bonds which lock in a loss versus inflation. We think they’re a crucial step that’s needed to keep the compounding associated with multi-asset portfolios alive. We also think multi-asset portfolios not using alternatives will have a harder time reaching the goals many investors strive for, most notably beating inflation. If Einstein were around, we’d think he’d agree that it’s time to think differently. 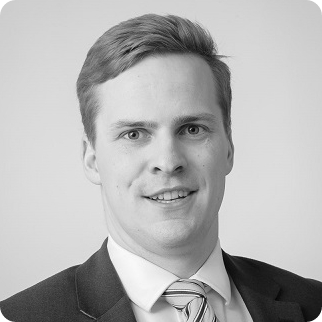 Matthew Yeates
Find out more about the author
Find out more
inBrief - Edition 5
In the latest issue, we’ll be reflecting on 2020, how the last year could help shape the future of ESG investing, what questions to ask when passing on wealth to the next generation, and what to look out for when reviewing your wealth manager.
Find out more
Our services for private clients
From Financial Planning to Wealth Management to Family Office - we have a range of services to suit you and your needs.
Find out more
Contact us
We’d be delighted to answer queries about your account or services.
Contact us
Search
Contact us
Close